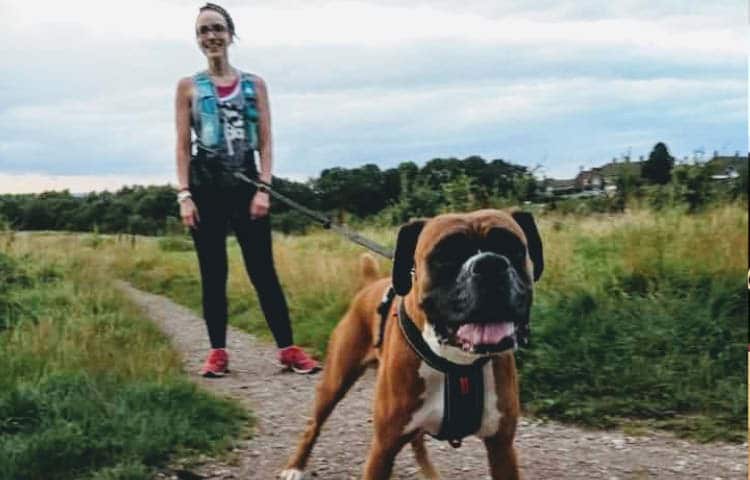 Hibberts Solicitors have taken part in ‘Red January’ supporting North Staffs Mind, with twenty-four of the Hibberts team using a variety of activities to get them moving including local park runs, aquafit, the Stafford 10k run, spin classes, lunchtime walks, yoga, running, body pump and even swapping the car and walking to work.

But Partner & Head of Commercial, Carolyn Brooksbank, is taking it to a whole new level whilst raising money for Mind, by training for an ‘Ultra Marathon’.

The premise of an ultra marathon is quite simple, but the execution is quite a physical feat! Carolyn can pick anywhere to start and her own route, at midday. She will then have 24 hrs to reach the central finish line. She will compete against other runners, but she won’t know where they’re starting from until the link goes live at noon. The further away she starts, the higher she ranks, as long as she finishes in time!

Carolyn is competing alongside her friend, Natasha Ashby, who she met through Canicross, which is cross country running with dogs. Carolyn’s own dog, Holly is helping her train, although she won’t be running with her in the actual event.

Carolyn is aiming to run around 45 miles but is yet to pick her starting point and route (and may well keep this under her hat!) If she completes the distance within the time, then she’ll be rewarded with a silver medal, but if she misses the deadline, she’ll just be very tired with no medal!

Carolyn says, “I decided to tie it in with Red January and support Mind because it’s a worthwhile charity. Mental illness is something which can affect anyone from any walk of life and I don’t think those who suffer necessarily receive the same level of support as those who suffer from physical illness. Mental illness can have a profound effect on everyday life and can detrimentally impact upon a person’s quality of life. I think the work being done by Mind is essential in recognising people do need more support when it comes to mental illness.”

Carolyn’s training regime is already intense but will become even more so, closer to the event. She goes spinning twice a week before/after work and once it starts getting lighter, she’ll do more running midweek. She also does strength training once or twice a week and longer distances at the weekends. At the moment, she’s doing 9/10 mile runs at the weekend plus her usual canicross social runs which are usually 5-6 miles.